The Western Downs Discovery Centre opened in 2015 in the Dalby cultural space, MyAll 107.  Dalby is a small rural community located an hour west of Toowoomba on the vast, open plains of the Darling Downs. This interpretive space inspires travellers to explore the Western Downs’  extraordinary natural wonders, including the Bunya Mountains and Lake Broadwater. Priscilla worked closely with the Western Downs Regional Council and the local community to develop this project, from the scoping stage right through to installation.

For this project we teamed up with graphic designer Jessica Cheers to present the interpretive content as an immersive, wrap-around experience, unified by a linear timeline of the region’s natural and human history. Different topics are visually separated from left to right in sections delineated by the region’s vivid colours, and silhouettes of iconic local trees like the Bunya pine and the Queensland bottle tree. Below the timeline, illustrations and text for children appear at a playful height to engage curious, young minds.

A vital aspect of this project was to celebrate the work of an inspiring local group, the Lake Broadwater Natural History Association. This group of farmers, teachers, local business owners, and their children, maintained and promoted the Lake Broadwater Conservation Park for nearly 40 years. In 1988 they published an extensive survey of every plant and animal species the Park. This extraordinary feat of citizen science remains the most thorough survey of any national park in Australia. It provides an essential record of species endemic to the famed native grasslands that extended from the Darling Downs to central New South Wales. Our research team worked closely with founding members of the Association and scientists in a range of fields, to present this work as a series of engaging stories.

A nationally significant collection of specimens and artefacts collected during this study are now stored in the MyALL 107 Centre and are available for public and scientific research. The display features notable collection items, such as a fossilised jawbone of an as-yet-unidentified species of diprotodon, and a very large nardoo grinding stone. 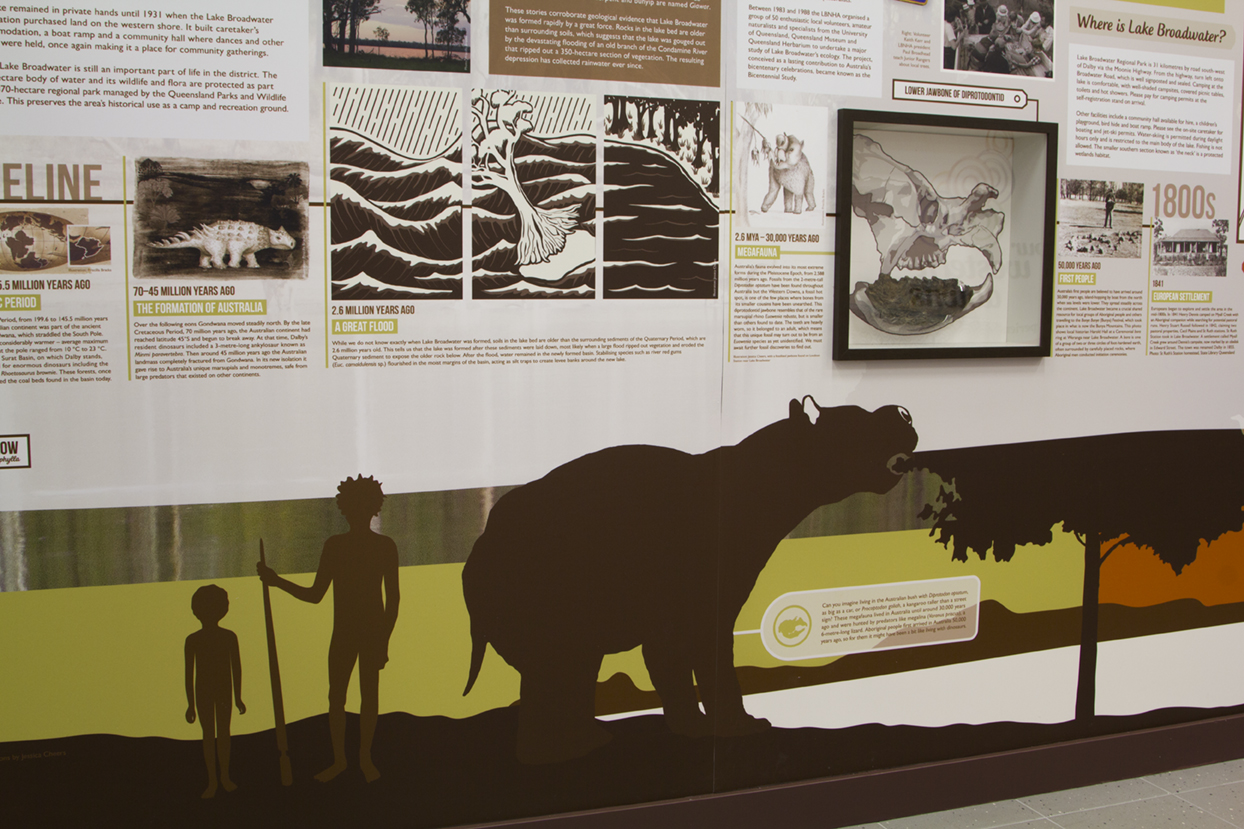 When doubt about the species’ identification emerged during the research phase of this project, Priscilla took this fossil to researchers at the University of Queensland and the Queensland Museum. An extensive search through holotype fossils held by the Queensland Museum indicated this bone was from a species in the diprotodon family that had not previously been identified. The community was thrilled to learn that they had discovered a new species of megafauna. 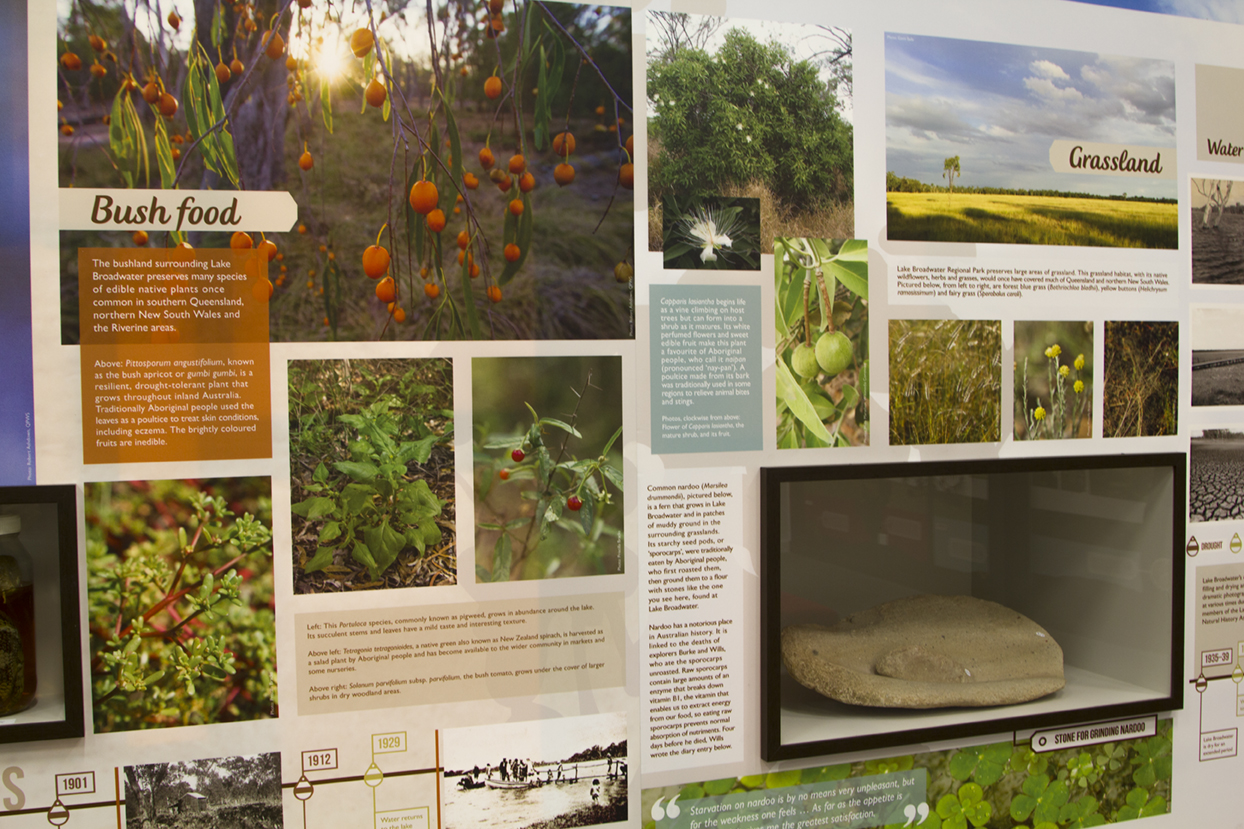 Aboriginal people throughout Australia use these mortal-and-pestle style stones to crush nardoo seeds into a starchy paste. In other areas, however, these stones are generally small enough to be carried as people move across country. The remarkable size of this stone found at Lake Broadwater provides a clue to vast gatherings that once took place at the Lake as people traveled en route to the nearby Bunya Festival.