Hinkler Lights up the World

Kuuki was commissioned by Toadshow/Interpretive Solutions to produce an illuminated display for the Hinkler Hall of Aviation.

He Lights Up The World is an illuminated display mounted around the surface of the Globe Theater in the Hinkler Hall of Aviation and which tells the story of record breaking flights by Australian Aviator Bert Hinkler. The story of Hinkler’s flights is told using a series of Philips ColorKinetics controllable LEDs mounted along the flights paths, combined with two LED text message displays. 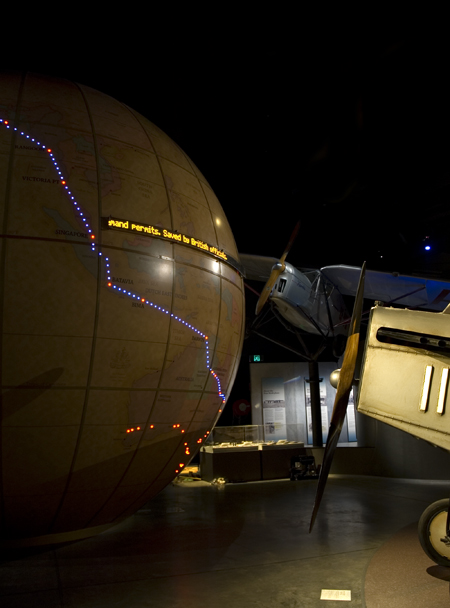 Picture of the project showing part of Bert Hinkler’s 1928 flight from London to Australia. Photo By Priscilla Bracks.

More details and photos to come…